You are here: TheEd Home / Events / Meetings and Greetings

Just before 19h00, I scurried down to the lobby and immediately knew who Ms. Sharon Lewis was.

Then I met Franziska Wauch, who is involved with a German tour company named, interAir.

We were now waiting for the gent, who my taxi driver had told me (well, so I thought), was called Neil. It was no Neil but Nick and none other than the South African, Nick Bester, who is a Comrades legend of past years gone by and now working with the Nedbank Athletic Club.

Time for a quick photo and then we were off to Active Tel Aviv. 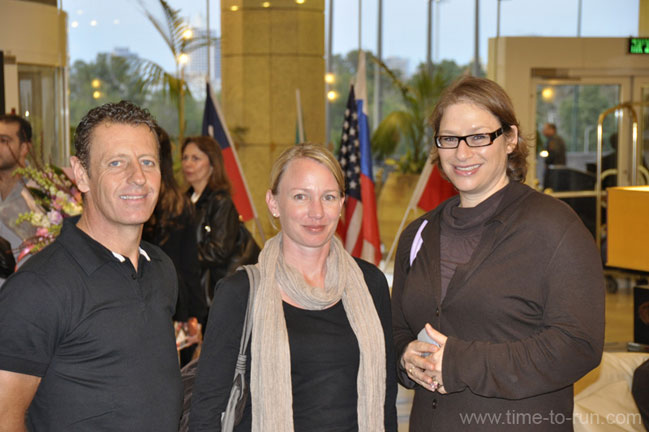 Not having met Nick before but obviously having heard of his Comrades exploits it was nice to switch and say hello in Afrikaans, which at first took him by surprise and especially that I was a ‘soutie’ afterall, venturing out to speak the language.

Active Tel Aviv was an interesting concept and of course to me; with my event management thought processing, I wondered what the gains were from having a week long activity EXPO linked to their Tel Aviv events.

It was explained to me over the next few days about how the sponsors wanted this and that it was most prestigious to be on the city square (city market) for the EXPO.

The activities ran from the 31.3 – 6.4 and on the 7th most of the structure was moved to the events start and finish area at Charles Clore Park, on the beachfront below the InterContinental David. (very close and convenient)

The Adidas store being moved in one day from the city centre to the beachfront is just mind boggling.

By the time we got to the EXPO area it was already late, so all the images taken were via flash and not natural light.

Local TV was also there which I got to see on their news coverage. 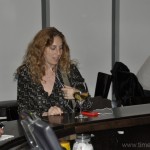 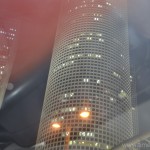 On Top of Tel Aviv 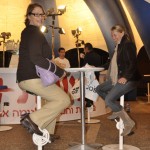 Exercise while you sit 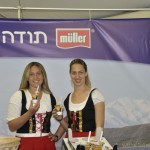 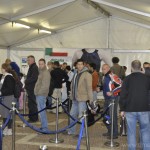 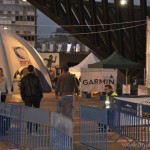 After going through the EXPO, and with Nick and Franziska having entered the 10km and 4.2km race (they call this event the 10% –  I liked the idea) respectively,  it was now time to meet Tzvika Kraus, a senior partner at Kapaim.

The car had arrived and we were to whisked off to dinner. We drove through the streets which were hustling and bustling with traffic and I got to take an image, from my car seat, of where we were going to eat .

The 46th floor of this majestic building Dinner at the Top

Here we were to meet Hadar Aloni, who was my main contact in the build-up to the Tel Aviv Marathon visit The meal was great and the company spectacular. We ordered red wine to go with our meal and the conversation flowed freely back and forth between all at the table.

After dinner we were shot off back to the hotel and already the time had passed the pumpkin hour.

Time to sleep and an early start planned.

This article follows on from the previous