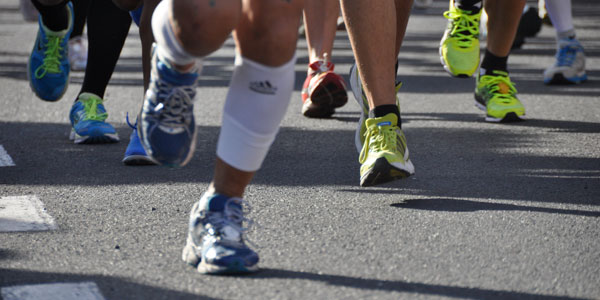 One of the successes of the 10k Training Programs that I would like to mention is MMS.

Marcelo resides in Brazil and came onto The Training Zone forums in 2009.

His first post under the title – Improving 10k with regular training was as follows:

“I started running on my own last September. First running 3k and then improving till 11k last week, but always with no training schedule.
I got interested in following one of the training programs of website. So, what do you recommend? I thought I could start with the sub 50min 10k.  My PB’s are: 5k (24:47) and 10k (51:19).”

If anything, MMS showed he was keen about his running and things didn’t come quickly, often he had to change his training to the evening to avoid the heat and with work things were slow to come together.

However, he persevered and always showed enthusiasm despite things not going as quickly.

I for one always thought there was more to come and from my time and experience in coaching, the runners who are dedicated and who stay positive, will always be rewarded. Keeping it simple is ideal, be careful of the experienced runners as they have good intent however they are not coaches but athletes themselves and have got to where they are with experience, they often forget how long it took them to get there.

Now back to MMS. Things still progressed bit by bit, but never in leaps and bounds, even though he came down to 48:55 within the next 2 months, things became difficult at times to maintain the proper routine, and yet again, he stuck to it.

Jumping ahead now. By now Marcelo had gone through the Off Period and had done the Build Up and had moved to a new level with his training. He had brought his 10k down to 46:23 by November 2009 after the new cycles and was told:

MMS congrats and believe me when I say there is more to come. This program needs patience and the task of staying consistent and working through all the cycles in steps. With each block a new level is reached

MMS had also picked up a foot problem which would hamper him for quite a while. New runners must understand that this happens, things can go wrong and as long as you treat them and stay positive the future will be ‘Gold’

He had also started a blog on the Time-to-Run.net Blog Network for users we invite onto the platform.

He had graduated to the sub 45 minute training program, however after the ‘foot’ and other problems we had to remain cautious and MMS was patient in this which resulted in up & down performances with a number of niggles. The reason I mention this, is that this is often normal as a ‘jogger’ graduates to becoming a runner, you have to take all that you have learned and apply it to your running and your attitude to everything.

MMS went on to achieve his sub 45 minute aim and was now looking further ahead. He had run a Half Marathon and along the way picked up a knee problem and by the end of 2012 he had got married.

In 2013, he came back very strongly, marriage seemed to suit him. Incredibly he ran 41:31 for 10km in May 2013 and he looks to have become a runner who ‘knows how to run’. What must also be noted, is that his weight had dropped by around 3kg.

In closing, we would like to say that this is not about whether our 10km programs work; we know they do, we have enough results to speak of, this is about an individual who stuck to the task and who has taken almost 10 minutes off his 10km time and still looks to go quicker.

This hopefully serves as inspiration to those out there who consider going sub 50 minutes for the 10km as something which is impossible.

Persevere and with each cycle there will be an improvement somewhere.