You are here: TheEd Home / MrsDuck / Intro to the athlete, MrsDuck 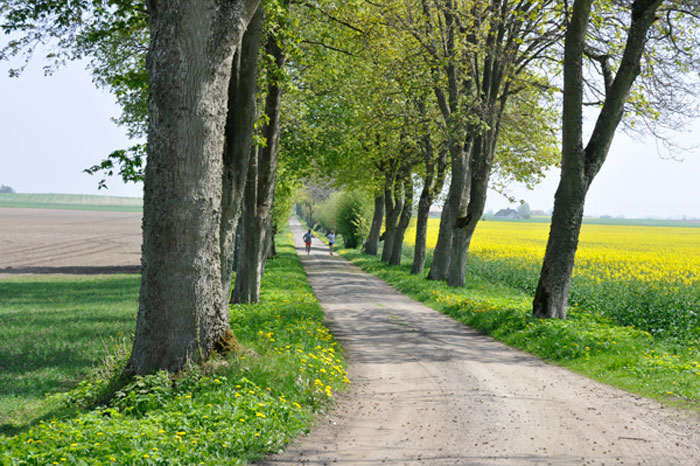 Following on from the series of posts written about the athlete AB, I shall now introduce you to the athlete known as MrsDuck.

MrsDuck is an ex-badminton player of a pretty high standard, playing in the A division of her country of birth, Finland. Well, I am married to MrsDuck and I am known as TheDuck.

Hopefully, that creates a little bit of understanding. 🙂

Back then, when it all started

I can pinpoint when running initially became an issue in MrsDuck’s life, and do remember that running / jogging was a sport she would consider boring.

When we were living on a farm in the South of Sweden, I had measured off a course (via car, nothing too scientific) which was 3.8 km in distance and comprised mostly of off-road running. I would have the routes I ran, and would try to set fastest times for the route on occasion. For the 3.8km route, I had set a ‘jog’ time of 19:49, and it truthfully was a jog.

Well, MrsDuck had come back from one of her jaunts on the course one day with a time of 23 minutes plus, and I had asked her what she was doing out there, was she ‘picking her nose and scratching her backside’, or was she actually running. There she was with her headphones, enjoying her amble without a care in the world, and here was I asking, what exactly was she doing out there.

She didn’t say a word, the Finns never have to say a single word; a grunt would be suffice, if you are afforded an answer. However, on this occasion I received a glance.

This was over a period of a few months that all this nonsense took place and was not ‘all of a sardine’.

I was able to run 17:22 and MrsDuck returned with a sub 17 minute. I was never to run faster than 17:22 whereas ‘TheBoss’ continued improving on her time for the loop. She would run the course every 2nd or 3rd day and on occasion try something else that I recommended. It was all very casual and loosely applied.

In early 2010, MrsDuck entered her first race, a Women’s only 5km event in Ystad with 1100 plus participants, and lo and behold, she won in a time of 21:06, having taken the lead with 600m to go and running away from the other more fancied runners.

Wow, this Duck could run and had a competitive spirit

Not much had been planned for MrsDuck’s development, however as I had been working with the Copenhagen Marathon, as the Elite Athlete Co-ordinator, and Colleen De Reuck was booked to race in Copenhagen. De Reuck and her husband, Darren, stayed with us for a few days before the event. At the age of 46, MrsDuck was in awe when Colleen ran a time of 2:30:51 for the marathon that weekend.

This was the point where MrsDuck thought that she would like to become a runner and would like to train on the 10k Programs that we provide on the Time-to-Run site.

The journey had begun.

I am writing this in 2014, so much has passed under the bridge to get to where we are today, a day after MrsDuck ran her first 2hr training run.