You are here: TheEd Home / Chat / Breaks, Plans and ABnating 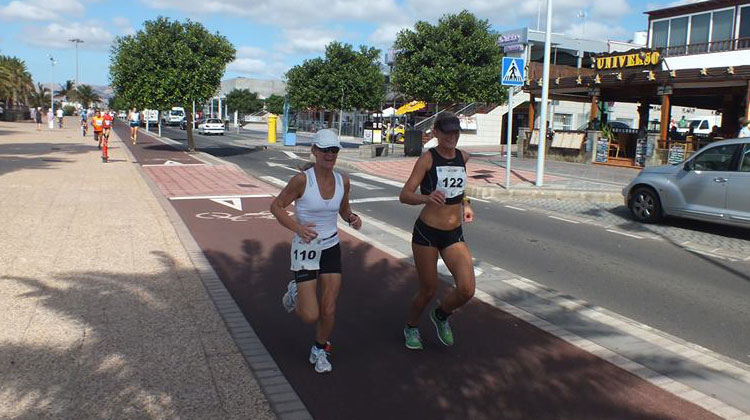 With the running of the sub 21 minute 5km, much had been achieved in giving AB the confidence in her ability, however there was still much to do, as you only as good as your last race, in the mind of many.

This article follows on from – The Making of the Athlete AB. I have been given permission to write a warts and all blog about the ups and down of the athlete AB, as they come to terms with the fact that they can indeed run.

Going into the following week’s training, we had to consider going for the sub 45 minute 10km, however the wind came up during the week and a quick assessment of both athletes, AB and MrsDuck, it was decided to introduce the Off Training Period immediately, come the weekend.

For AB, she had been training for quite a length of time. With her training towards the Triathlon and what was planned for the future, it seemed an ideal time to give them a few days off and then 1 week on the Off Training Period before moving to the Build-Up period.

Why Now, one could ask

Well, in coaching and in the training of athletes, it is always good to consider the long-term goals and what would be achieved by continuing towards short-term goals that in the bigger picture may have no major value.

AB had expressed the desire to race a marathon in December. This was when I had started coaching her and I said that my main focus this year was to convert her into an athlete first, and that if I was to train her towards a marathon, then I would like to introduce her to the 6 week marathon program, that I had been thinking about for many a year.

In the 6 week marathon schedule that has been planned, the athlete has to have been training on the 10k Training Programs with a long run of 25 to 30k every 3 weeks before they could go onto the ‘new’ marathon program.

In order to get there, I needed to have AB go on the 5 x 2k session as soon as possible, as she had only reached 4 x 2k till now. MrsDuck on the otherhand, had experience from training in 2010, though she had not done 5 x 2000m since then.

So the plan was 1 week on the off-period and 2 weeks on the Build-up, all rather short when considering that 3 to 6 weeks should be the minimum time spent on the Build-up period, if one is to get true rewards.

We didn’t have that luxury for 2013, we had to achieve sub 45 minutes for 10km before the end of summer and we also had to prepare for a minimum of a sub 4hr marathon come December. It was now the best time to give a period of quick recovery to ‘iron out’ a few niggles as well as get the athlete to the December plan.

After 20:40, for the 5k, AB had fears she would lose her speed, I mentioned that she should be able to clock a sub 17 minute 4k time-trial on her return to proper training.

During this period of 3 weeks, I did not engage much with the athletes, as I reckon it is good to give them a break from the ‘coach’ before turning the screw, to achieve the next level in the overall plan, is turned.

The 3 weeks went quite quickly and AB’s Big 50 had been achieved without a blush. Now all we had to do was run a 4k time-trial on the Tuesday (10th September, if you wanting to keep track). Lest us not forget, that sub 17 minutes was the pace called for. The token of self-belief was in question and 16:53 was delivered. MrsDuck put out a 16:43 and now we would move towards the sub 40 minute 10k program structure (5x2k is part of this plan). We would change the pace of the athlete according to their needs and aspirations.

AB did the 5 x 2k session for the first time and the pace hovered around 4.20 to 4.25 per k, it was the 1st time she had done the session, and she admitted she was rather terrified. I accompany the ‘lasses’ on a bicycle and I could see what was occurring with the moments of self-belief waning and the need to focus being called on. The session was completed and now we increased the distance of the long-run for AB to 18km.

The following Tuesday, we sped up the pace of the 6 x 1k session to 4.10 to 4.15 per k. This session is always a great deal easier than the 2k session, however you now on Day 8 and the fatigue from the overload should be quite high. (Day3 to Day8 is the core of the cycle, read ‘thoughts behind the programs‘)

Come Saturday, we had a 5k race, as it was in our home town, which should be quite fun. On the program, 5k paced is on the schedule and it was more a case of having the athletes be in a competitive environment for stimulation, other than ‘another’ pace run.

MrsDuck delivered, leaving AB with 2k, she finished 2nd in a time of 20:38 with the winner clocking close to 20 minutes. The winner will hopefully be MrsDuck’s future competition when her training moves to the next level.

AB on the other-hand had allowed MrsDuck to move away by ‘around’ a minute over the last 2km, even-though she had finished 3rd, the discussion of ‘focus’ did come up again. However, this was now being recognised as something that needed to be worked on. The brilliant part of this, is that the intensity is not the same in distances above 10km, however if the athlete learns to focus, it can carry them through, when ‘self doubt’ creeps in, no matter the distance.

On the Sunday, we had a visiting runner to the island (Gillian) as company on the Sunday morning run of around 25km.

This stone gathers no moss and besides we had plans for the end of this 3 week cycle that came on the 28th September.

And so we have it, we shall call it the end of summer

Well, week 3 of the 10k program was rather jolly and the plan was to get AB to sub 45 minutes for the 10km. I arranged for troops to be called in, in the form of Lisbeth (a fine Norwegian runner). The instruction on the Saturday morning was that we get AB to run sub 45, and of course, I always have a time I would be happy with, knowing the athlete’s form better than they do, on occasions.

AB has a penchant for her GPS and heart rate monitor, and from my bygone years of coaching, I always recall how obsessed Triathletes were with their ‘devices’. Now the Doyle instruction for athletes, is always, to jump out fast for the first 100m, then settle into a rhythm and then look to run the kilometers at the pace one seeks, for the overall distance. On this occasion, the pace we were looking for was 4.30 per k. Lisbeth was spot on throughout, AB was concerned that she was going too fast and that they were running too quick, all according to that ‘thingie’ on the wrist.

Well, we turned in good time and Lisbeth’s other half, Kim, was also assisting. He was dropping back to AB whenever she lagged behind. All a bit of a ‘palaver‘ if you ask me, as the athlete is well capable of running sub 45. We had a cushion at the turn around in Playa Honda (5k) and hopefully we would be able to accelerate the last 2km. With 2.5km to go on this route, there is a slight incline, and a little time was lost going up. Of course, hills would play a role in the training on the next cycle but that is for another post.

Over the last 2k, AB decided that she could in fact go a little quicker and she accelerated a great deal over the last 1km, or make that 500m.

Now, we had to start focusing on the next level.